We didn’t have the best starts to our time in Tirane, our host was stuck in traffic for a very long time which left us holding up our host from Shkoder who drove us all the way, he kindly wanted to wait with us to make sure we were ok, but in the end we told him he should leave us and we would be fine.  It wasn’t long after that that we got let into the apartment.

On our first night in a new place we normally go out to eat but we were tired and looked up take outs found a Chinese and were sold….haven’t had a Chinese in ages so we totally pigged out, it was yum.

For the first few days we stayed in, Jacob still wasn’t feeling well, Lucas and Grant caught the bug, so far I am the only one who hasn’t caught this horrid cold.

We did venture out to the large TEG shopping mall, we got ourselves a few warmer clothes in preparation for winter catching up with us, saw a movie afterwards, they were playing the last Hunger Games and we all were keen to see that..it was a great shopping centre, probably one of the biggest that we have seen in the whole of our travels around Europe.

We tried a ‘Mediterranean’  fast food place, perhaps with the Med being famous for siesta’s and a laid back way of life we shouldn’t have been surprised that our burger and chips took 40 minutes!

On our last Thursday we had a clear day after lots of rain, and made a plan that we would go and see something, so we picked Skanderbeg square and the cable car, we had lunch in a beautiful restaurant. 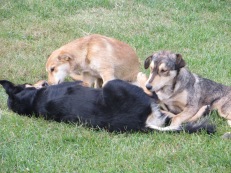 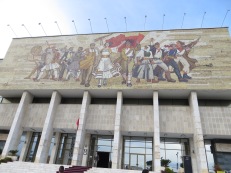 We had lunch in a beautiful restaurant, it was very posh, the food was divine, I had prawns in a sesame sweet sauce the prawns and sauce were so nice I could have picked up the plate and licked it clean…:)

This was a top notch restaurant, we all had mains for lunch and the cost was around 50 NZ so around 20 pounds 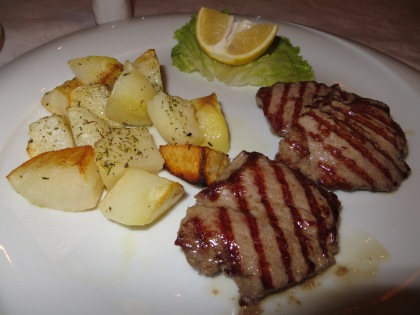 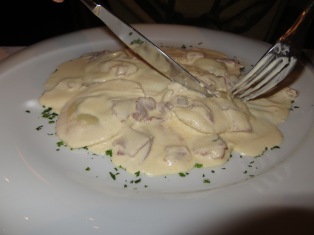 Tiranë Cable Car is pretty epic, it took around 15 or more minutes to get to the top, it was amazing, you are so high up, I’m not scared of heights but when we finally got to the top the thought of coming back down was starting to make me a little panicked, it was like a roller coast ride.

When you did get to the top there was a hotel, restaurant and Bar, there was a viewing platform but unfortunately that wasn’t open, with how windy it sounded it was probably just as well, I think we might have blown away Mary Poppins style..

Shame people had decided to scratch their names etc into the windows of the cable car pods, it was really hard to take a photo, kids will be kids, but just wish sometimes they would just take a piece of paper up with themselves and draw on that if they feel the need..

If you are in Tiranë I would definitely recommend this Cable Car trip..a pretty good adrenalin fueled ride with some awesome views of the whole city and surroundings. 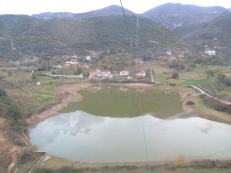 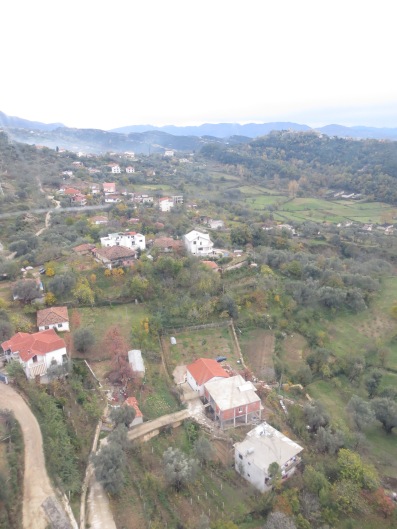 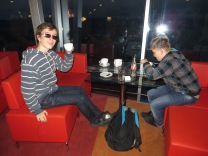 We found this little restaurant just up from our apartment, and it was good, simple food but done really nicely, the large soft rolls cooked in the pizza oven were divine, we went back for a second time mainly on how nice the bread was..very cheap you could eat a lot for around $30.00 for 4 including drinks and dips… 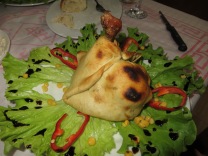 This cake shop was insane, the only thing wrong was how do you pick when everything looks so mouthwateringly delicious.

They had everything from chocolate chip cookies, donuts, fully chocolate covered croissants to the most luxurious hand made cakes.

It did rain almost our whole time here but not sure this was the reason for all the power cuts during the week, we got a power cut 2 or 3 times every day, one night just after I had finished work the power went out for the whole night and the rest of the morning, luckily Grant had an Albanian sim card he could use to connect to the internet so he could carry on working.

Airbnb Apartment -Tirana, It was nice, had two bedrooms was warm, had two bathrooms and an ok sized kitchen, it did also have a washing machine but no where to hang our clothes!.  There wasn’t a lot of kitchen utensils so we had to do a lot of improvising when cooking. 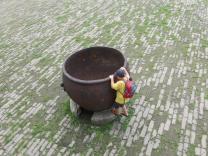 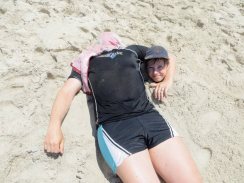 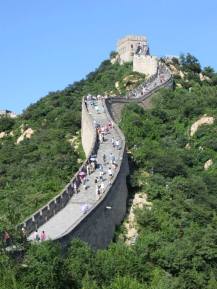 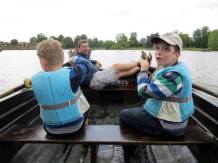 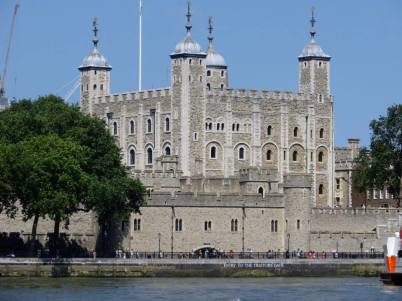