We had not planned to visit Valencia this trip but by pure coincidence old friends from Ireland that we hadn’t seen since our wedding day (15 years earlier) happened to be holidaying 2 hours north of Valencia while we were in Alicante 1.5 hours south, so a rendezvous in Spain’s 3rd largest city was impossible to resist.

I of course instantly turned to AirBNB for accommodation, normally this would be Julie’s job but I wanted to arrange it all as a surprise for just after her Birthday, well AirBNB came up trumps this time, I needed a place for 9 people to accommodate both families and the 1st one that came up seemed too good to be true. For just NZD$260 total (165 Euro approx) for the 9 of us we were all going to be able to stay in the centre of the old town with a view over ‘Plaza de la virgen’ and Valencia’s Cathedral.

Our lovely company gives staff a day off for their Birthdays, Julie had decided to take a Monday off to extend the weekend and I took a normal days leave also, so Sunday night was our first choice and it turned out this was the cheapest day we could have chosen for the accommodation Friday and Saturday were $100 more per night.

All was going very well until we tried to book our train trip there and back, this it turned out we had left a little late and our preferred outbound train was sold out, we also couldn’t get the cheapest fares on the other times so the round trip was our biggest expense at 170 Euros for the four us.

I will say the train trip was great though, the trains are modern and so smooth, surely the very best way to travel. Note if you are getting off at a small station be ready to disembark before the train stops, we saw a group of young adults saunter over and start grabbing their bags etc after the train had stopped but by the time they reached the doors we were underway again, and it was a long long way to the next stop 😦

When we got to Valencia we got a quick cab to town found our friends for lunch and contacted the host, checkin was usually 4pm but they managed to get us in by 3 in the end. Plaza de la Virgen is gorgeous straight out of romantic european movies or postcards and when we got in the apartment we were blown away by how big it was, the passage way stretched off into the distance giving access to the 4 double bedrooms along it and connecting the Kitchen and Living rooms at opposite ends of the apartment.

The lounge was of course the star with two good sized traditionally shuttered windows giving postcard views over the Plaza, we spent almost as much time by these windows as any where else in Valencia. 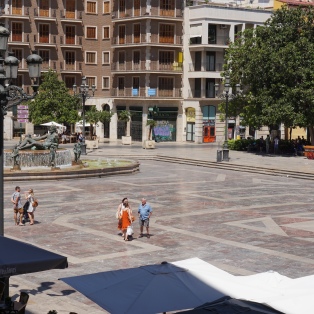 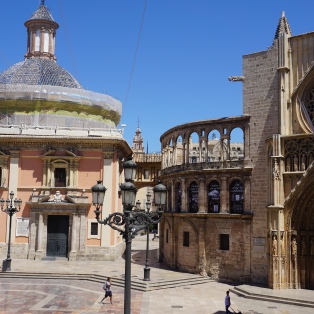 Parking is pricey, although we didn’t have a car our friends did, they parked in an underground carpark by the cathedral and therefore only a few hundred yards from the apartment but it was 20Euros a day and then a higher per minute rate for everything over the 24 hour period.

The city is a treasure trove of beautiful old buildings many very elaborate, it also has fun graffiti murals in the quirkier bits of town… 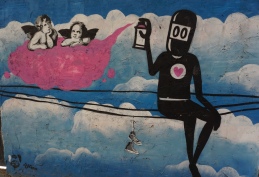 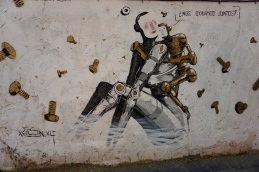 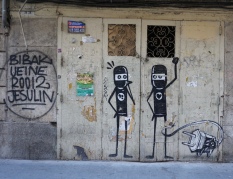 The huge market is worth a look especially if you’re self catering and actually want to buy some food, get there early if you want seafood, though a few seafood places do stay open into the late morning. 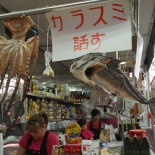 One of the cities rivers was diverted many years ago to remove the risk of flooding now the river bed is a long serpentine stretch of parkland where you can walk, run or cycle with no cars to concern you, 40 minutes bicycle ride along it will apparently take you all the way to the beach. 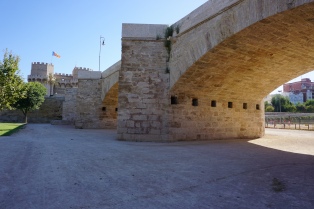 We walked around a lot, especially if you ask the kids 😉 but honestly you could do so for a week or more and not bore of it, as ever our budget is quite restricted but if you were on a 1 week holiday and feeling ready to spend more, then you could embark on a gastronomic odyssey with tapas that are no doubt as tasty as they are photogenic, we let the children’s taste restrict us a little but Julie and I love Spanish Tapas and we will one day gorge ourselves in Valencia! 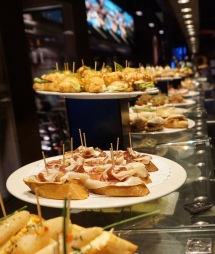 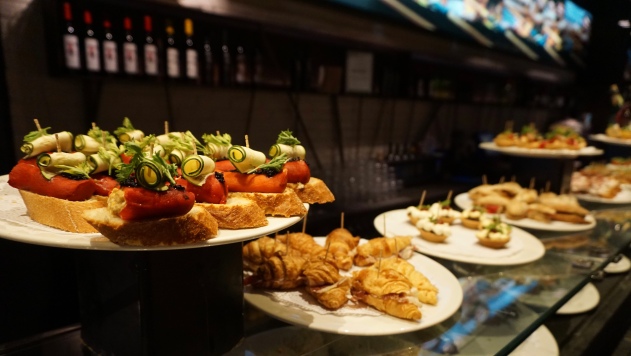 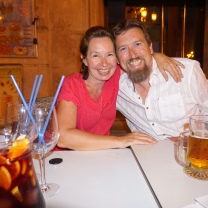 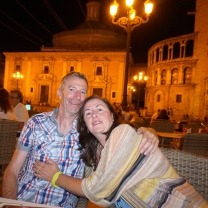 I wont try to describe the place too much the camera will do better than I can, but the city felt safe and comfortable, it had a great vibe in the evening and many of the streets were avenues shaded by trees. Walk the city, cool off in the sea breeze when you round the right corner or in the plentiful shops’ air conditioning and of course by downing ice cold helados, cerveza and sangria 🙂 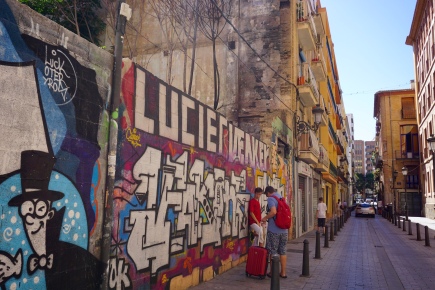 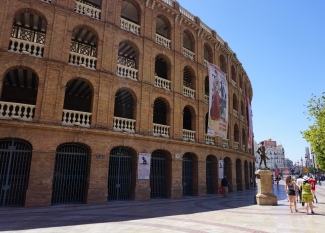 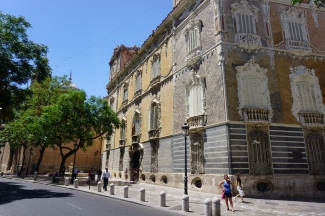 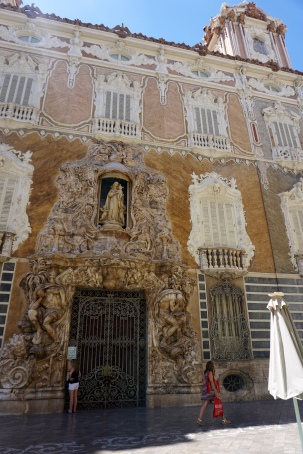 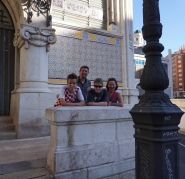 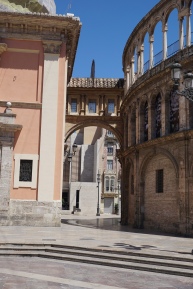 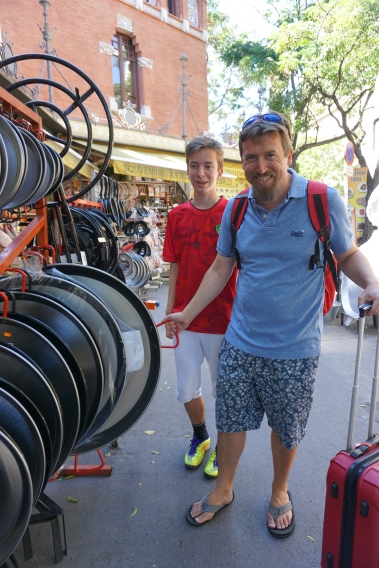 As great as the city was it was also brilliant to have another family to socialise with, this is something we do miss on our travels, our friends have 3 kids, two teen girls and a boy a little younger the Lucas, the kids got on really well and when sat in restaurants and cafe’s had a good laugh playing cards while the adults chatted. 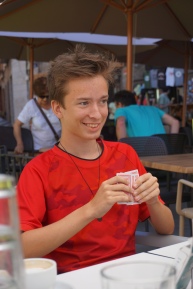 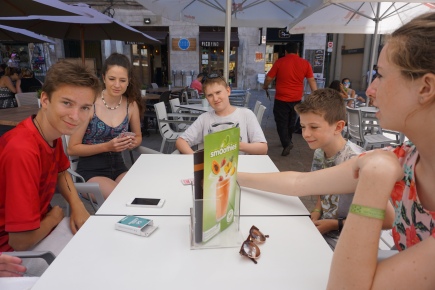 The ladies found the shopping really good and the boys waited patiently in the air-conditioning, Pull & Bear was a particular hit with the Irish girls and we were very happy they had a charging booth where we could top up our phones and of course my camera! 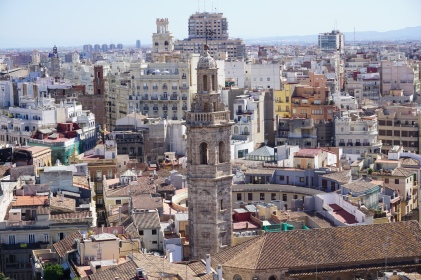 So overall we loved Valencia but we loved meeting up with friends even more, we will probably come back to Valencia one day but we will definitely make sure to meet up with our friends before another 15 years goes by! 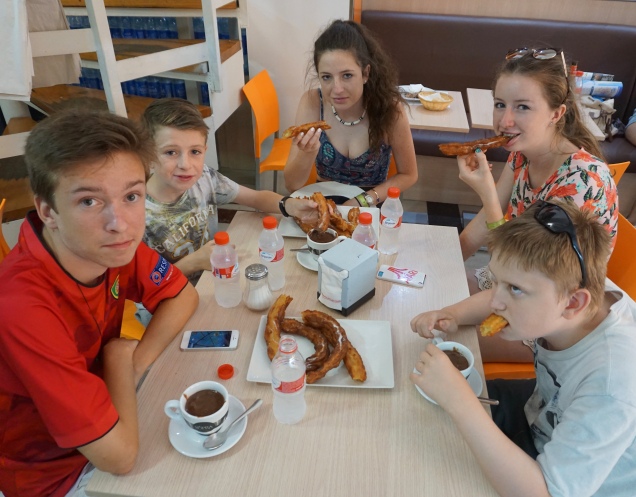 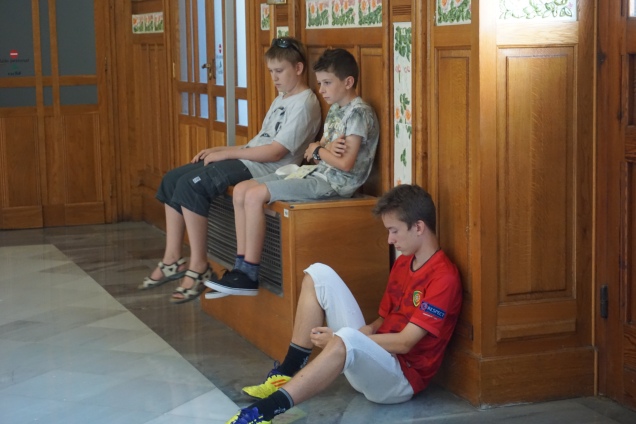 Not having a little longer.

Not getting to the seaside, Valencia has hosted the Americas Cup and they did a lot of work in the port area for it so I’m sure it’s lovely.

Not going crazy on Tapas.

Not hiring bikes and riding to the sea.

You don’t need a car, there is so much to see in walking distance.

Do hire a bike and cycle down the parks in the old riverbed (we didn’t do it, but only due to not knowing about it until too late) 40 minutes biking through parks with no cars to worry about will take you all the way to the sea 🙂

Have a Paella, Valencia is the home of Paella we had the original Paella Valencia which is very simple and subtle with just chicken and beans, it was good home style food.

When to go? Anytime! It’s pretty hot in summer but survivable thanks to low humidity, and the nearby ocean providing a cooling breeze. (We visited mid July) Apparently it’s also milder in winter than most of Spain with averages in January of 9 degrees, they also have a festival in March where they burn ‘falas’ which are often massive humorous effigies of public figures or depict events from the previous year, they’re loaded with fireworks so the burning must be quite a spectacle.

Book early for the trains to get the best times and prices. And be ready to get off when you get to your station if it’s a smaller stop.

There are reasonably priced restaurants in the best spots, obviously some restaurants around a plaza will be pricey but we found several that were affordable, back streets did offer even cheaper eating but we spent about 15 euros a head including a few drinks which didn’t seem too bad for a special occasion. (This knowledge may prevent your menfolk spending an hour wandering the streets while their families are starving only to decide to eat outside our apartment after all…) 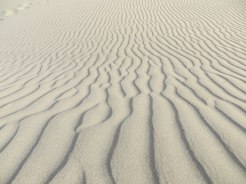 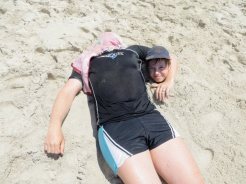 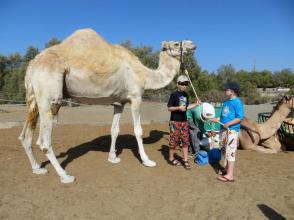 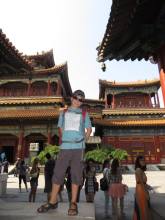